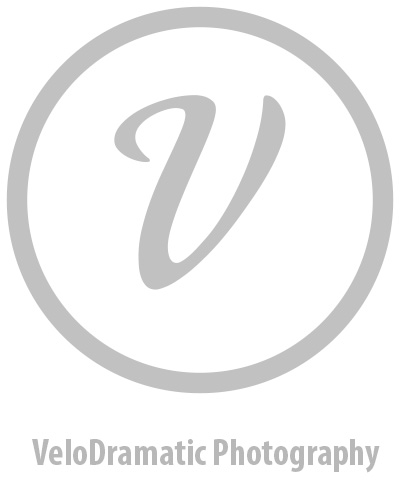 All images © 2008-2014, VeloDramatic Photography.
May not be used without permission and licensing.
May
2010

I don't normally worry about finishes, but after covering the Nevada City start, and blasting down the road to catch Paul Mach leading a four-man break over the American River, I didn't think I could intercept the race again before the circuits in Sacramento. Cavendish was in good spirits from the moment the armored HTC column rolled onto Coyote Street in Nevada City. I love the second shot of him smiling through the team bus window. He'd chucked a few packages of Jelly Bellys to fans and was clearly enjoying himself. I'm convinced there's a nice kid under all that bravado.

I logged 400 miles Saturday and Sunday to shoot Stage 1. If there's a tougher sport to cover than bicycle racing I don't know what it is. Saturday I drove the entire stage backwards from Sacramento scouting for locations. Finding them is one thing, being able to reach them ahead of the race is another, then you've to find somewhere to park, hike to your position then hope the peloton is animated when it reaches you. And if all that wasn't enough, dim witted drivers and oblivious onlookers conspire to confound the scene, moto shooters arrive late and like to hop off in your line (that doesn't go over very well) etc. A very long day but a success I suppose for the first two shots.

And congrats to Bissell's Paul Mach for his KOM victory. He seemed a little overwhelmed by all the finish-line attention but he was beaming.

wonderful images as usual michael….. cant wait to see more from the TOC from you!

thanks Gem. I’ve got to go into the office today, so no Stage 2. I’ll shoot Tuesday and Wednesday, and unfortunately that will be it for this year. Uncertainties about moto access caused me to curtail my plans to shoot the whole race.

That’s a good question. With Thor mending that clavicle he may have a better shot.

Super shots Michael, and have just returned to my Mac after watching the very stage on TV. It’s shown on Eurosport and in HD over here so is really good.

Glad you’re able to catch it. Between the Giro and the ToC there’s plenty to keep us occupied.

Nice shot of Mark on the bus.

I am anxious to see more.

For the most part the other photogs are respectful… and if they’re not… there’s usually a collective response from the others, that gets them thinking straight again. “Get out the god damn way”

As ever your photos are fantastic and I am jealous.

Cav really is something. He looked as though he had plenty more to give as he sprinted yesterday, great to see Mark Renshaw as his lead out man again.

A big thank you as always,

Thanks a lot… I was running on fumes by the time I got back last night and did a quick edit. Getting three cracks at the riders on a single stage is my limit I think.

I worked the stage as a marshal today and it rained steadily and heavily from 9-5:30. It’s such a treat to see Fabian, Boonen, Jens, etc in a local race. I’ll be at Alpine & Pescadero Rd tomorrow.

Great shots, i love the image of cav on the bus. He’s confident, young, talented and rubs people up the wrong way but i for one think he’s a star!
I’d rather a sports star be honest about what he thinks and be straight up than say what he thinks people want to hear. (just look at the mess tiger woods has got himself into for portraying a “perfect image” that was contrived)
He’s a legend already!
Yep, i’m a Brit so proud of what he’s achieved 🙂

Ditto on Cav! I have no desire to see a watered down and muzzled Cav as he recovers from a tough Winter and the numbers will speak volumes. Many riders in the past had explosive personalities and they are humans at work like the rest of us. If a rider crosses a line and harms or acts unsafely (Bahati ant Dana Pt Grand Prix) then he/she should be bounced. Cav got pulled from Romandie after the salute and that was expected as he is an employee and the sponsors don’t like that behavior. I laughed when I saw it but knew he was going to get a phone call.